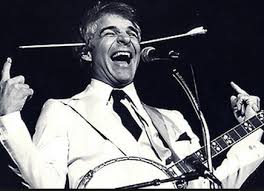 In my most recent blog, I touched on the idea that we should have fun in our art, using a couple examples of offbeat humor that plays with language in a humorous way. I’d like to carry this theme out in a more direct manner this time. Let’s take a good look at humorists.

The funny thing about humorists for me is that I didn’t know what I was talking about when I was talking about humorists. I thought they were distinguished from all the other purveyors of comedy by the fact they did humor in writing. I knew Mark Twain was a humorist. Dave Barry is a great one of our time. Erma Bombeck was arguably the greatest female humorist, at least in the United States. I looked upon Garrison Keillor as a humorist. And he is. But if I had limited him to writing, he would have failed my test because he uses his humor verbally as well as in print. Merriam-Webster defines humorist as “a person specializing in or noted for humor.”

Well, this just about ruins my whole premise for this article. A stand-up comic qualifies, a vaudeville team also. Comedic actors, puppeteers, class clowns even–they all fit the description under that definition. Is there no special place in humor heaven for the classiest of them all? I feel like lodging a protest to the Keepers of the Wit in all nations of the world to maintain order, to set the scribes of humor apart and above those who would bring us laughter with the mere telling of a joke or goading us with a sight gag. Alas, was it just my misunderstanding of a word that had me construct this castle of sand for my fellow writers?

So now I’m looking to see who others consider the greatest humorists, whether current or in the past. The all-time greats as listed by the website Ranker, Vote on Everything, look like this for the Top 10: 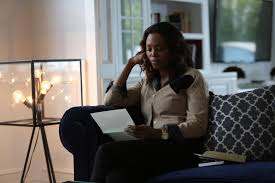 Ranker goes on to list their Top 100. Here’s what they have to say about humorists. “A list of humorists, both old and new. A humorist is a writer who specializes in humorous material. Unlike comedy writers though, who go for all-out laughs, humorist writers are more subtle and cerebral. But don’t take that to mean they’re any less funny. One of the most famous humorists in the United States is Jean Shepherd, who narrated and co-wrote the movie A Christmas Story, which is based on his autobiographical short stories. The humorists on this list are some of the best, and well worth a read if you’re looking for something that’ll amuse and make you smile.”

Okay, I feel a little better about my comprehension of the humorist. The only problem is I don’t even know who half of the Top 10 are. I won’t embarrass myself by admitting to those with whom I’m not familiar. If you’re reading this, you might be bound to say, “You never heard of ___________?” Imagine how I did with the rest of the Top 100. I’m at least relieved to find some of my absolute favorites on the list. In my personal critique, I made sure to notice there are some missing who I think should be mentioned. Inevitable, right? But enough of the lists and the quibbling over definitions. Let’s just get to the heart of the matter–the priceless humor.

“Get your facts first. Then you can distort them as you please.” –Mark Twain

From the unlisted Steven Wright: “The girl I’m seeing now, Rachel, is a very pretty girl. She has emerald eyes and long, flowing plaid hair. The last week in August, we went camping way up in Canada. We were laying around in the woods and stuff, and I don’t know how she did it but she got poison ivy on her brain and the only way she can scratch it is if she thinks about sandpaper.”

From Fran Lebowitz: “My favorite way to wake up is to have a certain French movie star whisper to me softly at two-thirty in the afternoon that if I want to get to Sweden in time to pick up my Nobel Prize for Literature I had better ring for breakfast. This occurs rather less often than one might wish.”

From Art Buchwald, who said in 1987: “This is not an easy time for humorists because the government is far funnier than we are.”

The greatest ones’ material is timeless.